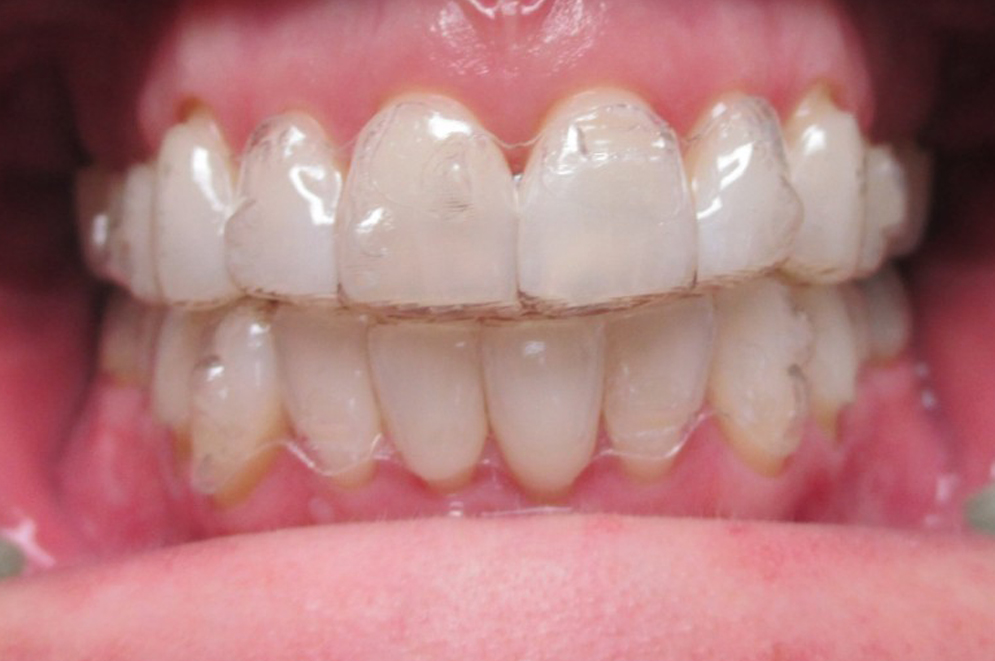 "Well, I had visions that I would lose weight with Invisalign but no such luck. I figured wearing them 22 hours a day and having to brush and floss all the time would be a deterrent to eating. I’ve never really been someone who snacks so it wasn’t something I was cutting out. Weight loss still comes down to calories in and calories out and apparently you can eat plenty of calories in 2 hours a day. One thing I never do anymore is chew gum - instead I gnaw on my Chewies.

I’m not brushing and flossing as much as I did in the beginning. I make a point to brush and floss when I wake up and before I go to bed. When I take my liners out to eat or drink colored beverages like coffee, I try to have a good mouth rinse with water before putting them back in. Dental picks are definitely handy.

I’m on my No. 8 liners now so almost halfway done. I have 17 liners in total so 9 sets to go.  I’m basically one set behind schedule (two weeks) as there was a trip to Vegas prior to No. 7 where I didn’t wear my liners for fear of losing or wrecking them. In fact I didn’t even take them with me. I ended up wearing my No. 6 liners for an extra two weeks. The last couple of liners have not gotten as lose over the two weeks but I haven’t had any issue putting a new set in. My teeth seem to do most of their moving in the first couple of days.

I’ve notice the biggest difference with my bottom teeth but the top is definitely noticeable as well. I think my teeth used to be more of a V-Shape and now are closer to a nice uniform U-Shape. I’m excited for the end results!" - Jody